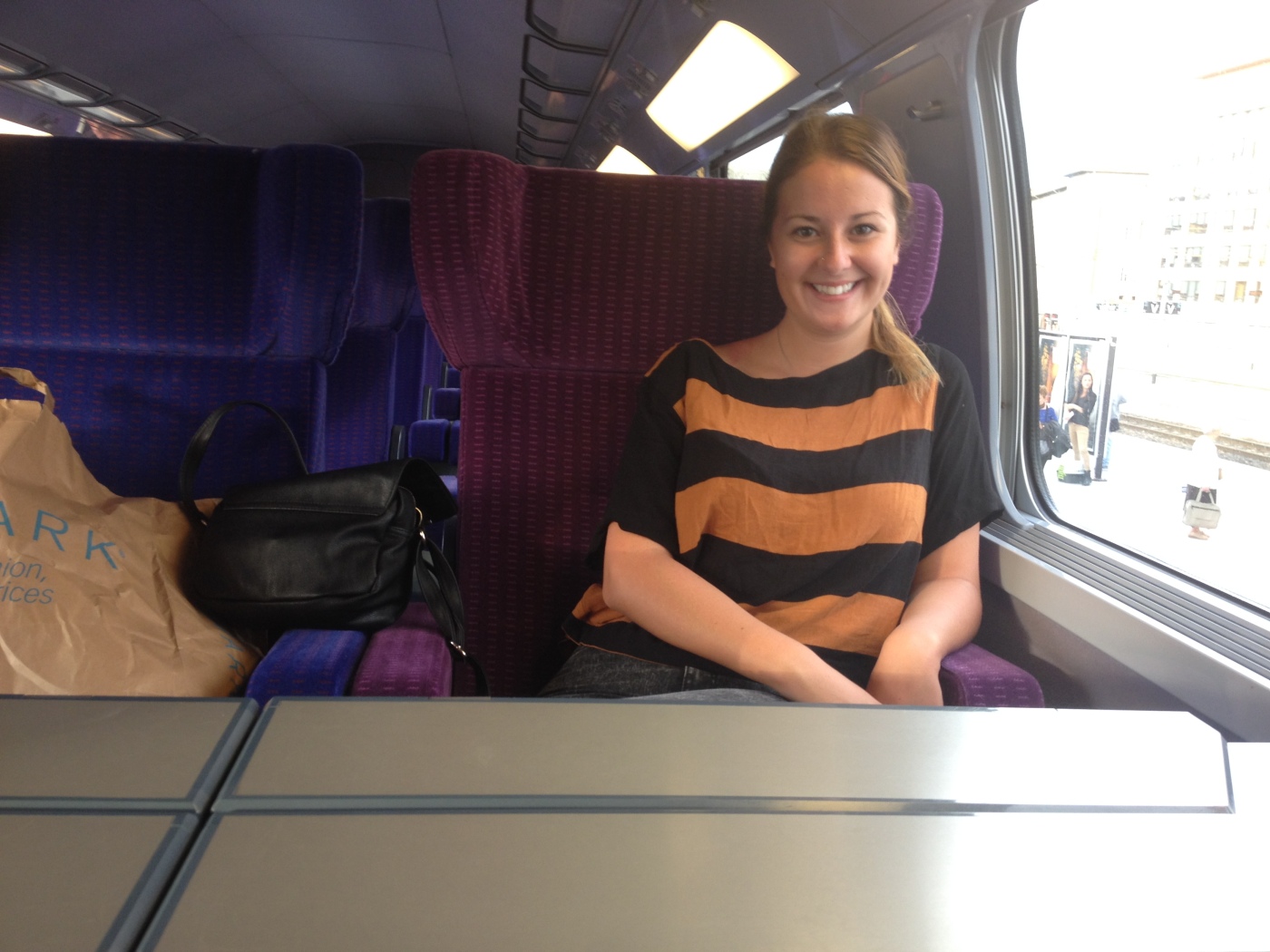 This morning my alarm went off at 6:50 am, naturally I pressed snooze and woke up abruptly twenty minutes later. Knowing that my train left at 7:55 am, and that I needed to be there 30 minutes early, I knew I was already going to be late. I quickly packed my bags , brushed my teeth and rushed to the metro. With my amazing luck, the metro was delayed and wouldn’t be coming for another 10 minutes. I was one stop away. I decided to leave the metro station to get service so I could make the pivotal decision of wether I should venture towards the train station with all my bags, hoping not to get lost, or if I should stay and pray that the subway will come in time for me to make my train. With previous experiences in mind, I decided to head back into the metro. To my great pleasure, my ticket was a ‘one time use only’ and I had to buy another. After getting crammed into a metro cart five minutes later for literally 30 seconds, I started running full force to catch my train that would be leaving in exactly 4 minutes. Sweating profusely, I arrived where my train should have been; I had not made it. As I was trying to find another train that was as convenient and cheap as the one I had just missed (10 euros Marseille-Lyon) I got an e-mail from Ouigo (the train company), my train was delayed and would be arriving soon!!! HALLELUJAH! I was walking back and forth outside the train trying to find my seats (which didn’t exist) as the engine started to roar. I knew if I didn’t get on now I really would be missing my train so I gave up the search of finding my correct seat and instead found a seat in first class and made my self at home. As we left the station I looked at my ticket one last time. After all of this it turns out my train wasn’t actually scheduled to leave until 8:25 am, and I was supposed to be at the station at 7:55 am. At no point in time was I ever behind schedule, if anything I was early.

I’d like to thank Karma for making this all work out, Juliana for laughing with me (not at me) during our own version of mission impossible this morning and lastly Ouigo for having extremely comfortable first class seats (and not questioning me or kicking me out of them).
The lesson we learnt today kids is to hop on a train, sit in a first class seat and never pay for train tickets again.