If you’re travelling solo, on a budget or just don’t want to spend a ton of money on a safari, then you’ll probably be looking for a decent budget safari. Safari’s are not cheap, especially if you’re travelling on your own – the difference from travelling with a group of people to by yourself can be upwards of 1,000 USD. Obviously then, budget safari’s become an attractive alternative. Choosing the right one is half of the struggle though.. budget safaris can have mixed reviews as you are travelling with a group of strangers and your experience is likely going to be influenced heavily by the people you’re with and the itinerary planned.

In April 2019, I travelled to Murchison Falls National Park with Red Chilli Hideaway with their budget safari. Red Chilli offers a number of budget safari’s all over Uganda. Included in their package is an overnight before the safari in one of their dorms. This was great because I was able to arrive in the evening, get dinner and organize a packed lunch for the next day and be ready to go for that early departure.

The budget tour has a safari van with a pop-up top for game drives. It fits max 8 passengers, leaving the front seat open for food on the way to the safari and for the security guide while on the safari. My safari was full and it was still a fairly comfortable ride with all of us strangers in the van!

The drive was long… and hot… but there’s no escaping that. We stopped plenty of times along the way at gas stations so there were many bathroom breaks and we could load up on food and snacks. We drove straight to Murchison Falls and did a nice short hike around the falls.

After the hike we went to Red Chilli Rest Camp which is just outside of Murchison Falls National Park. When we first arrived we needed to get a safety briefing as the camp is right next to the Nile and at night there are lots of Hippos that roam around the tents. We then set up home in a safari tent shared with another traveller from the tour. The tents were very worn in and at first we were quite skeptical of the amount of creepy crawlers that we would find in beds with us. Luckily we had nothing but comfortable sleeps and no little spoons that we were aware of. The only downside is that (obviously) you’re tenting so you can hear everything going on around you. This shouldn’t be a problem but take into consideration that not everyone is as respectful of that fact as you would like.. so I would recommend bringing ear plugs.

The camp would offer three different choices for dinner and you would order and pay there. The lounging area was really nice and there were lots of travellers staying there. The view was also incredible and they had a fire going every night. 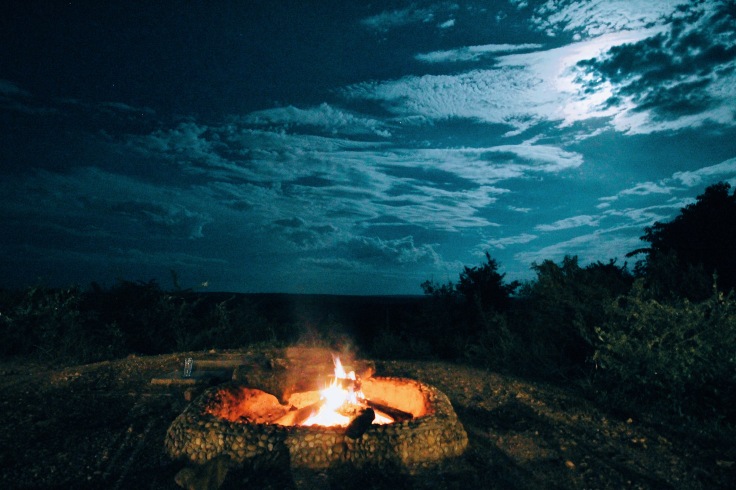 The next morning we woke up bright and early for our first game drive! We drove for about 10 minutes until we got to the ferry and then watched the beautiful sunrise over the Nile as we crossed over to the park.

We had an exceptional game drive and saw a ton of animals.. lots of giraffes and water buffalo!

After the game drive we went back to the camp for lunch and a quick rest before our boat cruise. This was actually really nice because it gave us an opportunity to lay down and relax after an exhausting morning and recharge for the cruise along the Nile. The cruise itself was one of my favourite parts of this tour. We sat on top of our little boat and sunbathed as we saw hundreds of crocodiles, hippos and even some elephants.

On our last day of the tour we packed up our belongings and headed out for yet another game drive. This game drive was equally exceptional and we saw even more animals (if that were even possible!). This time around though rather than seeing an abundance of giraffes we were gifted with seeing hundreds of elephants.. and baby elephants! 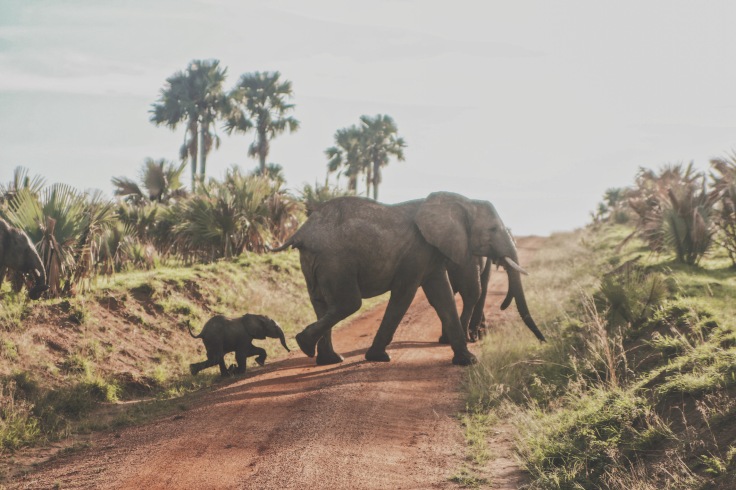 The ride back seemed much faster than on the way there, and we made it back to Kampala around 4 pm. Overall, for the price of this tour – it was exceptional and I would highly recommend it to others, even if you are travelling in a group or as a couple!

Pros of Budget Safari’s:
– MUCH cheaper
– You get to meet other travellers
– A more “rustic” safari experience
– Typically, experienced tour operators as there are fewer budget safari’s & therefore, these trips run more regularly then the hundreds of other tour options available from other companies

Cons of Budget Safari’s:
– You have to share the safari vehicle with others.. less space and everyone wants the best shot of the animals
– You have less independence and control over stops or the itinerary
– The accommodation can be more “rough” than you would like (however, there are normally options to pay a little extra to upgrade the accommodation slightly)